Coffee on the dock, best way to start the day!

Abandoned boat on the edge of a marsh

After much research, we found that this is the palate of a Black Drum fish, used to crush shells of shellfish 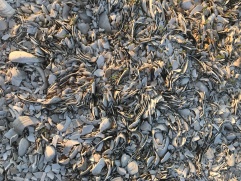 Walking along the beach, above the intertidal zone, these shells were weathered and formed into patterns

Sunset over the bay and shell beach

A clam; the small blue dots along the edge are small eyes, with the bulk of the animal inside the shell

I found a Welk (similar to a conch, essentially a very large snail) while harvesting seagrass! 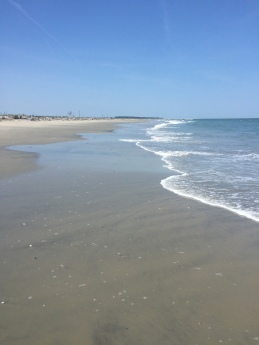 Welk found on the beach

The incongruity of coloration on the beach is due to the varying weight of sediment, and the impact of the wind 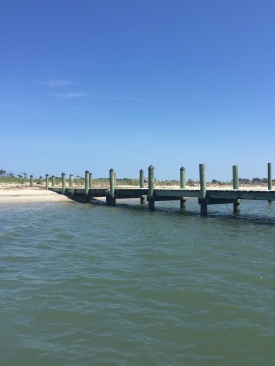 While fish sampling, we found several varieties of small fish, as well as lots of crabs